Synchronicities – aka “winks from the universe” – are always such fun to experience and ponder! The stories I could share about synchros!

I believe that once we settle into the next octave of frequencies, synchronicities will be the way we will be finding our way, making our connections, and (the acid test) learning to live without money as a matter of course. We’ll feel what we feel, and those feelings will magnetize synchronicities (ie signs, connections) that signal we are in fact drawing our wishes, goals, and precious dreams into our reality.

This is happening now, of course; just more subtly than we’ll experience once all the “3D debris” clears.

In other words, synchronicities will grow from flirtations into full-blown engagement with the enigmatic quantum… which I find very uplifting to anticipate!

Thanks to Jeff – who seems on the brink of following his passion to become a Hawaiian islander – for forwarding this article by Gregg Levoy, a writer who beams joy and passion in his words and presence. Gregg is one of those people whose gift to the rest of us is his way of emanating enthusiasm and encouragement. His now-classic book Callings has been devoured by the seeking masses for years, and his talks really do rouse a room.

Gregg’s most recent book is Vital Signs, which could be worth a read (or listen) if you are needing to cultivate enough wonder to engage with some passion and move your life toward, or into, whatever it is you want next. Visit Gregg online via the link at the end of this post – you’ll find a generosity of excerpts from Vital Signs there.

Go forth and live your joy!

Synchronicities: A Sure Sign You’re on the Right Path

Synchronicities are meaningful coincidences. Here’s how to understand them. 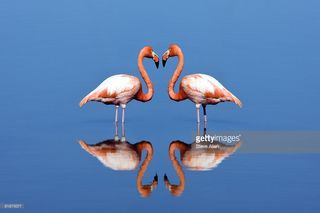 I used to be a reporter for the Cincinnati Enquirer, back in my 20’s, and for roughly half of my decade-long tenure there I kept hearing a call to quit and become a freelance writer, a decision I largely ignored for years because it was Scary Stuff.

However, after years of trying to ignore this call, the signs pointing toward it took on a whole new tack. This is how it began:

I was driving home from work one day, listening to a song on the radio called “Desperado,” by the Eagles, and as I pulled up to the curb in front of my house, the last line I heard before I turned off the car was “Don’t you draw the Queen of Diamonds, she’ll beat you if she’s able; the Queen of Hearts is always your best bet.” I turned off the ignition, opened the door, stepped my foot onto the curb, and there at my left foot was a playing card—the Queen of Hearts.

I just sat there utterly dumbfounded, and wondering, of course, what it meant?

When I mentioned the incident to a friend that evening, she said, with an extravagant quality of assuredness, that when you’re on the right path, the universe winks and nods at you from time to time, to let you know. She also said that once you start noticing these little cosmic cairns, once you understand that you’re on a path at all, you’ll begin to see them everywhere. It’s what happened, she reminded me, when I bought my Toyota and suddenly started seeing Toyotas everywhere.

I didn’t know I was even on a path, I told her, much less whether it was the right one. I simply found myself unable to make heads or tails of the episode, and ended up filing it under “Unexplained Phenomena,” along with esp, deja vu, spoon-bending, water-witching, spontaneous remission, and certain incomprehensible acts of human forgiveness.

But even more remarkable than finding that Queen card when I did, was that over the next two years, as I searched for a sense of clarity (and courage) about this call, I found five more Queen playing cards, in incredibly improbable locations all around the country: a sidewalk in Cincinnati, a conference room in Santa Fe, a sand dune in Cannon Beach Oregon, a mountain wilderness in Colorado six miles from the nearest trailhead. The whole thing made the Twilight Zone seem like Mister Rogers Neighborhood.

And every time I found another Queen card, the sheer unbelievability of it took another giant step forward, and eventually it went so far beyond the laws of probability that I only barely hesitate to say that it’s impossible there was nothing more going on here than a statistical aberration. This was orchestrated by something with wits. Which shot my rational view of the universe pretty much to hell.

I come from a family of scientists, detectives, journalists, non-fiction writers, and New Yorkers—and you don’t get a more cynical bunch than this—and this stuff just doesn’t happen in our universe. And yet, though the phenomenon became more inscrutable with each find, in a way it also began making more and more sense. A pattern—more, a passageway—seemed to emerge.

I came to understand that this rather profound administering of chance was directing me toward something both my writing and my life needed at that time: more heart, less head. More intuition, less intellect. More of the inner life, the emotional life, the life of the senses. More listening. More of what Carl Jung referred to as the anima, the force of the feminine in a man’s life. And the Queen, of course, is the archetype of powerful feminine energy, which I felt myself being compelled toward by the kind of meaningful coincidence Jung called synchronicity.

Synchronicities are events connected to one another not by strict cause-and-effect, but by what in classical times were known as sympathies, by the belief that an acausal relationship exists between events on the inside and the outside of ourselves, a crosstalk between mind and matter—which is governed by a certain species of attraction.

Jung believed that synchronicities mirror deep psychological processes, carry messages the way dreams do, and take on meaning and provide guidance to the degree they correspond to emotional states and inner experiences.

For example, you’re trying to decide whether to say yes or no to a particular opportunity, and while driving on the freeway someone suddenly cuts in front of you and you notice the bumper sticker: Just Do It!

Or you’re struggling to focus your energies, not spread yourself so thin and scatter your interests and attentions among too many projects, and while taking photographs one afternoon, you drop your wide-angle lens and shatter it.

You can derive meaning from “just a coincidence” when an external event matches up with an event on the inside. It doesn’t always. You might be sitting in a waiting room, for instance, reading a magazine article about George Gershwin, when the receptionist sticks her head out the door and calls for the next patient, a Mr. Gershwin, and as outlandish as this may seem to you, if it finds no hook on the inside, it’s not a synchronicity, only an amazing coincidence. If it means something to you, however, then it’s amazing and potentially instructive.

A synchronicity is a coincidence that has an analog in the psyche, and depending on how you understand it, it can inform you, primarily through intuition and emotion, how near or far you are from what Carlos Castaneda calls “the path with heart.” Among shamanic cultures, says anthropologist Michael Harner in The Way of the Shaman, synchronicities are considered “a kind of homing beacon analogous to a radio directional signal indicating that the right procedures and methods are being employed.”

In a movie called Grand Canyon, one of the sub-plots involves a woman who finds a baby, an event she believes is a reply to a deep yearning inside her—in other words a synchronicity, a correspondence between a psychological state and a physical event. But when she tells her husband she wants to keep the baby, he’s instantly stricken with a migraine. In frustration, she leaps on top of him on the bed, grabs him by the shirt and shakes him. “A headache,” she says, “is an inappropriate response to a miracle!”

Which was easy for her to say, since it was her miracle, not his, but she still had a good point. Synchronicities are minor miracles, little mysteries that point to a bigger one, perhaps a central one, of which we’re all a part. In contemplating synchronicities, don’t just marvel at the laws of probability, but wonder at their meaning. “The primary reality of synchronicities is emotional, not intellectual,” says Mark Holland, co-author of Synchronicity. “The reason they’re there is to make us feel something, and the feeling that our lives are rich and worth our reflection comes in part from our sense of the depth and mystery of life.”

In fact, maybe the most important thing synchronicities offer is astonishment. How often, after all, in the course of a day or a week or a month, do you find yourself thunderstruck, flabbergasted at life, amazed by its finesse? Synchronicities are like the glimpse of a wild animal seldom seen, the discovery of an arrowhead or a geode, the return of your purse by some good Samaritan. Far removed from the mundaneness that seems to characterize such a vast portion of daily life, they help reconnect you to your sense of awe, and given the tyranny of the commonplace, what a service!

No one has been able to fully explain synchronicity, so perhaps you should simply accept it as a wild card and an ordering principle, the height of absurdity and the depth of profundity, and a crack in the door through which you can catch sight of the universe and its mysterious ways.

For more about Passion! Visit www.gregglevoy.com

And a little something more: Gregg speaking to a spiritual community in Seattle (his talk starts about 9:30 into this video)

3 comments on “Synchronicities: Hello, You’re On the Right Path!”