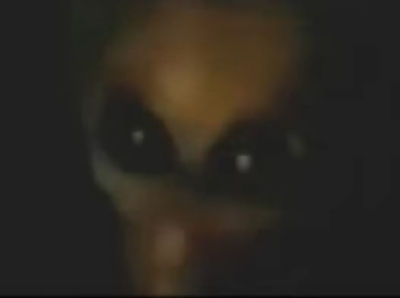 What IS the True Nature of This Reality?

[Note: post was originally entitled “Roswell Gold Comes to Light” but some thought I was referring to the ore gold. What I meant was valuable info. ~W]

A happy find in my youtube lineup this morning: a series on the fascinating story of an alien interview that allegedly transpired between the lone surviving ‘visitor’ of the famous Roswell crash and an Air Force nurse who just happened to have had the telepathic bandwidth to communicate at length with the (poor, ailing, imprisoned) being.

This may be news to you: for a short while, a captured, living grey extraterrestrial had achieved an open channel with a woman who sort of “happened” to realize this small being was transmitting fascinating information to her. She quickly became the ‘most valuable player’ of the entire incident while she took pages and pages of dictation from the being during the few days it survived after the crash.

So while the military had the media telling the public that the Roswell incident was actually a weather balloon (gah!), this woman was harvesting a wealth of galactic intelligence from this being with a feminine essence, who referred to herself as an “IS BE” (intelligent being) for convenience. [Insert after my viewing: Actually, all embodied souls are considered IS BEs by this being… the reason for this is given in the videos. Her personal name was given as Airl. -W]

Story goes, this Air Force nurse kept a copy of the manuscript (or was it the original? It’s been years since I read this story) .. she had typed up of the entire dialogue between herself and the IS BE. The government of course kept this entire incident “black,” hidden, and ultimately, it seemed, forgotten.

Fast-forward to the end of this Air Force nurse’s life. She had this infinitely amazing yellowing manuscript in her possession that she wanted the world to have after her passing. She contacted a man who was known for publishing fringe “ET” material. (Again, this is from memory; details will be clear if you watch what I’m posting below.)

She gave the man the manuscript in its entirety and he published it. Actually there are a few versions of this book now on Amazon: “deluxe edition,” “reader’s edition,” and the original. I do not know the differences between them.

There are of course skeptics who won’t accept that any of this ever really happened. My impression ten years ago when I first absorbed this information was that it seemed quite legit and extremely illuminating. As I’ve said hundreds of times during my years publishing this blog: your personal discernment is your own guide through this.

So here’s what follows: First, a presentation by the editor/publisher of this book. This should explain a lot for you (me too; I haven’t seen this yet) before the subsequent videos present a professionally produced audio reading of the book, with visuals.

As always I love to coax minds to oooopen to realms beyond the mundane! It’s interesting that this material has been released now in this new form, because I’m on a bender of my own currently re: pushing my own conceptual limits. These things ebb and flow. I’m on a “flow ride” of experiences (mine and others’) and all the ponderings that accompany such things. Then along comes Alien Interview into the mix.  Wheeeeeeeeee!

[Insert: I’ve now watched this series of videos. Only a small amount of the content of the original manuscript/book is covered… but nonetheless I found it interesting to correlate some of it with what “Ja’li” shares in his series of messages, posted here.]

Here’s the editor, Lawrence Spencer, speaking at Ramtha’s School of Enlightenment – which right there is interesting in and of itself :)  This should set up what follows quite well.

Next is the intro from the book, mostly presented in a feminine voice representing the feminine IS BE who was a prisoner in a room somewhere in Area 51, languishing and “teaching” about the universe via the Air Force nurse until it/she (IS BE) died in captivity. All of this happened in a matter of days.

Here, we’re having a substantial snowfall today, and I’m looking forward to spending at least some of it revisiting this fascinating Alien Interview material. Great expansive intel for receptive minds ;)

Whew! All this powered by my first cup of morning coffee!

Thank you for being a supportive friend of this effort.