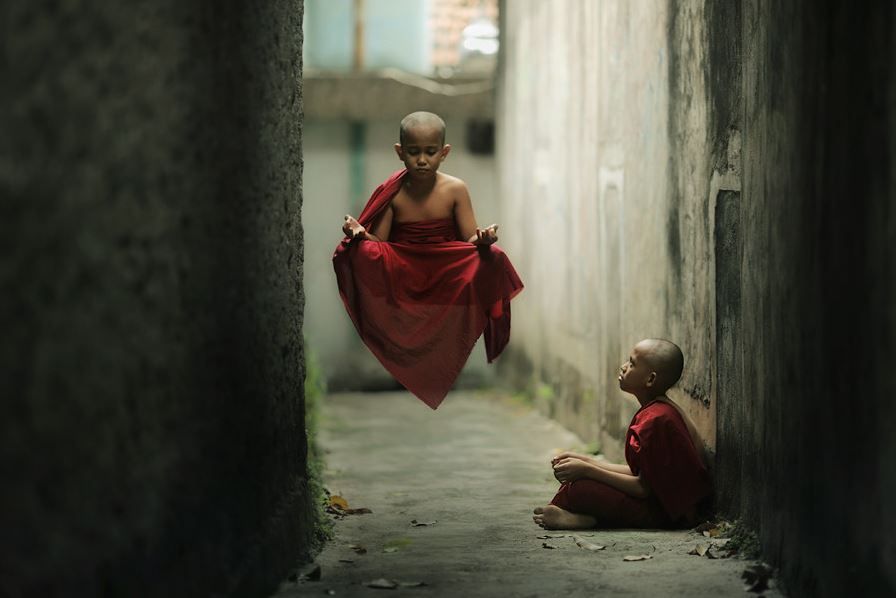 Buddhist monks’ masterful management of form using universal principles has long held the world at large in awe. I can’t imagine anyone not being amazed (and better yet –  inspired) by these monks who work with principles of reality that remain a mystery to the masses.

I’m posting the video here (which links to youtube), whereas below the video I’m providing the beginning of the highly engaging article in which this video was embedded. If you like what you see here, please click through the link provided at the end of this post to read the impressive and informative piece at Universe Inside You.

By the way, I’m particularly fascinated by the monk who passed on while meditating in lotus posture … wearing a mask over his nose and mouth! (Pictured in the video frame.) No escaping ’em!

Love – and esoteric rainbows – to you,

Over 700 years ago, famed explorer Marco Polo reached the furthest limits of his legendary journey from West to East, arriving in Tibet, more than 4000 miles from his home. There, he became the first Westerner to record an encounter with Tibetan lamas, Buddhist monks hidden away in the Himalayan Mountains. In the seminal work about his journey, The Travels of Marco Polo, he describes how these monks were able to levitate off the ground.

Of course, Marco Polo was not alone in this type of observation. Over the centuries, many have recorded instances of Buddhist masters who could levitate. Even in modern times, videos have surfaced, which appeared to show exactly that.

Levitation, incidentally, is one of four psychic powers mentioned within Buddhist scriptures, alongside telepathy, psychokinesis, and the ability to divide the astral body from the physical body. The Buddha himself was said to possess “all manner of supernatural powers,” including the ability to levitate and to know the thoughts of others, to create doubles of himself, and even to project fire and water from his body.