This is one of those posts I’ve been considering whether to publish or not for several days because the ramifications are vast. Ultimately I felt compelled to go ahead with it, and trust that readers will know whether what’s ahead is for them to learn about or not.

Personally, part of my magnetic draw to information like this is because I know I’m here as an on-the-ground reporter for my “home team upstairs,” who monitor what goes on in this realm through my awarenesses and experiences during this incredible and volatile SHIFT period for humanity. It is all so much more complex than I had previously imagined when I was primarily focused on matters re: self-actualization and consciousness-raising. But onward I go, experiencing here and transmitting all to There. Many if not all of us are doing this to varying degrees.

All this to say, I feel it’s part of my soul contract to SEE and SEND ALONG what goes on here, often on the leading, bleeding edge of human experience. What follows definitely falls in the bleeding edge category. END_OF_DOCUMENT_TOKEN_TO_BE_REPLACED

Virtual reality shows that we are starved for release into a parallel world, an imaginal realm that is not just a rejection of our worst nightmares, but of our highest most sublime aspirations.
—José Argüelles

There will come a time when the birds will fall from the trees, the rivers will be poisoned and the wolves will die in the forests. But then the warriors of the rainbow will appear and save the world.
—Prophecy of the Cree Indians

One time is ending, but another is just beginning, an entirely new era in the history of the Earth: the noosphere. This is the message of José Argüelles. We are leaving the world of pure sensory matter, and entering a world of mind and telepathy. In this new world of the noosphere, time is not what a clock measures, but a factor of synchronicity, and the synchronization of our minds into ever expanding consciousness.

C.G. Jung first introduced the idea of synchronicity to the modern mind in 1952, with his famous exposition, Synchronicity: An Acausal Connecting Principle. This was the same year as the discovery of the tomb of the great Pacal in Chiapas, Mexico.

This tomb— the enigma of the man whose body was buried there—was to become a central facet to José’s life, especially in his investigation of the Mayan calendar and culture.

END_OF_DOCUMENT_TOKEN_TO_BE_REPLACED

Like Loading...
The Council message via Ron Head that I’m sharing below reminded me of an experience I had recently – which was a first for me, and amazing for me, too.

Hello Matrix (the actual one, not the movie :)

One ordinary afternoon, apropos of nothing at all, my visual field was suddenly … penetrated by? … filled with? …  shifted into? (groping for words) … the holographic matrix that scaffolds this reality.

Or my ephemeral construct in that moment?

A closer hunch re: this phenom might be  that it’s the medium into which this hologram is projected.

The above (and commonly discussed) idea that we each project our own versions of this reality into our immediate field… which syncs up with resonant others, and on further into collective fields or matrixes, thus creating our mutually agreed-upon hologram – resonates with the Council message I’m including below.

So: everywhere I looked… everything I looked at… was contained in – or was integral to – this incredible energetic matrix.

If I could overlay a photo of the room I’m in onto this image of a wavy matrix, it would be a reasonable facsimile of what I saw… tho the cells in this image appear triangular, whereas what I saw was a net of (I’m pretty sure) tiny squares. But the field was wavy like this and areas of it seemed to “fold over” other areas. END_OF_DOCUMENT_TOKEN_TO_BE_REPLACED

The player can be virtually transported into any form of life and “carry on” in the virtual context of that life, which could be a seed, a blade or leaf, an insect or animal, you just hop into that “form” and carry on with whatever comes your way in that embodiment.

I find this video game idea fascinating and refreshing! I’d love to experience Everything – which is the name of this unusual game.

From what I gather, this is not a game that involves competition or killing the other players. It seems to be a chance to “become” almost anything you can think of, and see how you deal with the new environment you’ll be navigating as that other living form. So – walking in the Other’s shoes, you might say. It might be a fabulous learning tool for understanding compassion, empathy… who knows how far down a rabbit hole this virtual environment can go?

The Everything gameplay youtube offers a good glimpse into the game’s virtual world – find that below.

An L.A.-Based Artist Created a Video Game Where You Can Be “Everything”

END_OF_DOCUMENT_TOKEN_TO_BE_REPLACED 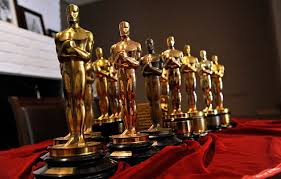 Now along comes this piece from that bastion of a thinker’s publication, THE NEW YORKER. I got such a kick out of this, I had to spread it around. The realization that things seem to be morphing in real time is really catching on.

(First line, btw, inspired by Oprah’s famous “YOU GET A CAR!” season opener show years ago, when she gave everyone in the audience a new car.)  ox Whitehawk

Did the Oscars Just Prove That We Are Living in a Computer Simulation?

The bizarre finale to Sunday night’s Oscar ceremony brought to mind the theory—far from a joke—that humanity is living in a computer simulation gone haywire. END_OF_DOCUMENT_TOKEN_TO_BE_REPLACED

Friends: this is one of two amazing places I was excited to share with you, as I mentioned in my previous post (Bowie’s New Project). This one is just beyond beyond. It’s a “multidimensional, multi-portal” real-life full-immersion virtual reality/  dreamscape environment. The sheer collaborative creative juice and effort that went into this is staggering. And exhilarating!

Its mastermind is the author of the Game of Thrones series, and many artists participated in this highly dramatic maze of experiences that are driven by what explorers do in there. I encourage you to click through to the website where a report of considerable depth provides a tour not only of this wonderland, but much of the background of its development as well.

Following are a few opening paragraphs for this piece… which (if you navigate over there) will delight you with two slideshows showing various spaces and concepts in this incredible place, and link you to video if you choose to keep going!

I bow to all who took part in this amazing manifestation, and envy folks who live in/near Santa Fe who can go popping through portals and exploring worlds not found elsewhere. ~Whitehawk

SANTA FE, NM—The Meow Wolf art complex looks like a strip mall from another dimension. Located in downtown Santa Fe, its massive main building—a former bowling alley—is covered in zig-zagging lines of explosive color. The parking lot is dominated by towering metal sculptures of a spider and a robot. Its landlord is George RR Martin, author of the Game of Thrones series, and its tenants are a high-tech artist collective called Meow Wolf, known previously for building a full-scale spaceship that visitors could explore. END_OF_DOCUMENT_TOKEN_TO_BE_REPLACED

A brief mention — the zingy Ja’li messages have been given their own section on this blog. They are now presented in their entirety from the 1st through the 9th message on one scrollable page, and may be referenced via the Ja’li Speaks link at the top of the blog, as well as this direct link here (for subscribers who will see this in their WordPress reader or email):

I want to thank Gesanna for freely sharing these messages with us. Here is the last one; hopefully you’ve been reading this series of nine in order starting with the first.

My own intention is to be homeward bound as directly as possible and nothing less. I’d rather be prepared for the bliss of returning than be regretful for slacking at this point, possibly risking squandered opportunity. I actually don’t fear any such “error” but still—in times of doubt and “unpeace” that will surely arise on occasion—I feel prepared at levels deeper than the surface din that I AM on track. I AM a sovereign soul, vastly more than this fleshly little avatar participating in an experiment that’s been leveraged against our collective thrival. We are in the end game; what is your free-will choice?

This is all, as I’ve reiterated again and again, for each person/soul to filter through their own truth and discernment. I personally have no problem zooming my lens out to the level of this most epic tale of rogue gods, holographic labs, and my place in it. Peace to you.

Gesanna: Hi Mr. Ja’li. Before we continue with the information in your last Message, a question was asked as to whether or not anyone has tried to converse with the rogue Gods to help them understand the matters you are telling us about that might help them have a change of mind and heart?

Mr Ja’li: Yes, there have been those who have held meetings with the rogue Gods. They listened politely but ultimately were unmoved by anything that was said to them. It is their belief that even though once we collapse the Lab hologram, they feel certain that the hologram, which they are reconfiguring, will, of its own reprogrammed operating system, continue to remain intact.

It was explained to them that their new holographic universe would be an inferior replication of the original one and thus would perform in ways that would be unpredictable and consequently unreliable for their anticipated purposes.

They responded that they would simply adjust the required constituents to necessary performance parameters.

All-in-all, even though they presented themselves in cordial manners during the meetings, their overall response has been that of ‘polite discount’, so to speak, to the whole of what has been conveyed and offered to them. END_OF_DOCUMENT_TOKEN_TO_BE_REPLACED