This post is courtesy of my favorite “conscious” interviewer, Regina Meredith. (I tried to get her photo in here but my computer is running like molasses and for some reason I couldn’t get the photo in!) Regina’s career before the camera began as a (rare at the time) female sportscaster in mainstream media! From there she followed her heart and started her own show about healthy living.

Next (and this is where I discovered her) she and her then-husband launched a very noble effort called CMN – Conscious Media Network – in which Regina was the onscreen talent/interviewer and her husband was the producer/director. I loved CMN and subscribed to it for years. Regina is a dignified, well-informed host who always connects well with her guests.

But CMN – like most indie media companies – struggled financially until GAIA TV came along with a much stronger financial base (GAIA’s owner/founder is a self-made millionaire entrepreneur whose inspiring story I’d love to share sometime – I worked for him briefly myself in Boulder) … and bought out CMN and its substantial program log, and brought in Regina as one of their luminous GAIA program hosts. My respect for Regina is abiding!

I shared the following short post privately, and a dear friend felt it deserved a place on this blog, so here it is for you. Regina of course knows Corey Goode now that he is so deeply involved at GAIA himself, in collaboration with David Wilcock on “Cosmic Disclosure.” Corey’s background is a staggering series of secret space program adventures, whereas his spiritual nature is just recently awakening via all the new company he’s keeping. His spiritual learning curve is almost as steep for him as his mind-bending galactic tales are for the rest of us!

Corey Goode: Get Up Off Your Knees

In the parlance of my friend David Icke, “Get up off your knees” became the theme of my conversation with Corey Goode at Gaia a few days ago.

A lot of what the alternative media has been putting out the last decade has been inadvertently disempowering. Alternative media has beneficially uncovered the more complex nature of reality.  However, the more provocative and controversial elements of emerging stories have often been embraced without extending into our human response, into solutions and opportunities. We have too often become entranced by the notion of advanced entities, throughout the solar system and multi-universe, influencing over us while not stopping to look in the mirror at our own power.

Secondly, we often do not discern between technological advancement and spiritual advancement. We wait to be told either that some king or savior is on the way or that we’re going to be enslaved by yet another species. We’re told that we are a young species that needs nurturing and guidance.   At the same time, we are being told we are being exploited by other usurious entities.

What you don’t hear is that the Human Being is an unprecedented anomaly throughout the universe. We have been through a tremendous challenge from the start and are the curiosity of Beings everywhere. Why? Because we are a highly advanced soul that can create at the speed of thought blended with an animal form that creates its reality very slowly due to the limitations of 3rd dimensional density and emotion. This anomaly is known by the Others, and the game is to either exploit us before we wake up to our true nature and abilities, to traumatize us further to slow that process down, or to gently nudge us along in this awakening toward our full potential.

Corey and I touched into this area and the information resonated: Simply put, the Beings who are interested in Human society awakening to our true nature want us to “get up off our knees” and look in the mirror. That is where our strength and solutions lie. As the Beings I associate with have said over the last 3 decades, all of the solutions are lying within us waiting to be discovered and implemented. Our genius is unlimited IF we choose to tap into relationship with our Higher Mind. 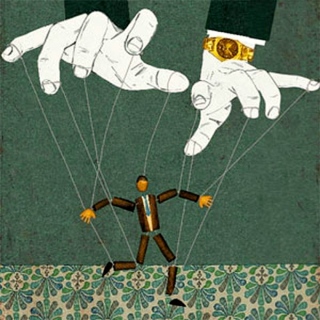 This requires that we first stop looking to outside help and threat. The simple acts of generosity, compassion and non-judgment are the golden keys to the vast kingdom of intelligence and intuition within. Corey and I are in complete accordance on this. Why? Because frequencies associated with kindness, generosity and compassion are of a much finer nature than those created out of fear, stress and the need for survival on a daily basis.

These virtues alone serve as a portal into the Higher Mind complex. This is, in my opinion, the only journey that matters as a Human Being. Using the attributes of our Higher Mind, we have the ability to create highly functional, creative and fulfilling societies that thrive on higher spiritual principles. As that, we could no longer be exploited, lied to nor conned.

The choice to bump up our awareness and go into collaboration with our Higher Mind is ours to make. What is at stake? Everything.